Including video in your marketing is one of the best marketing tools your company can use. Why?  Videos can tell your story in a more emotional and dramatic way than just plain text and photo. typically, this translates to higher audience engagement. 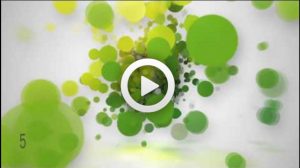 Video is becoming essential because people are watching more videos on computers and smart phones every day. Consider some of trends in online video according to a May 29, 2013 report by Cisco, “The Cisco Visual Networking Index: Forecast and Methodology, 2012-2017.” Some of the highlights of the report are: